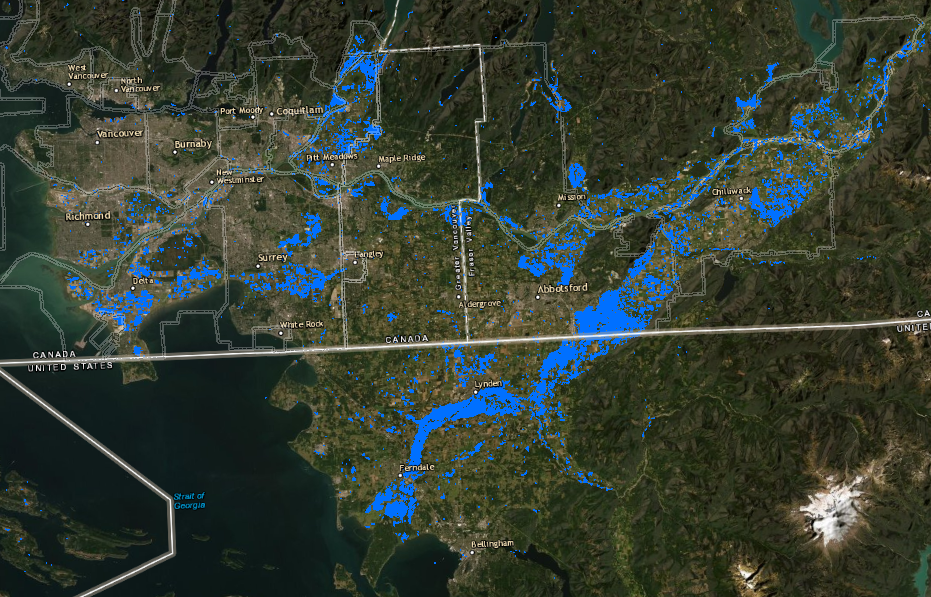 As the rainy season begins to unfold throughout the Pacific Northwest, the southern portion of British Columbia saw a historic atmospheric river condition that brought with it high volumes of precipitation and extensive flooding. The impacts to communities, transportation, agricultural and human life were unprecedented – triggering a state of emergency for many jurisdictions.

In response to this natural disaster, Caslys has used publicly available satellite imagery (both Sentinel-1 RADAR images and Sentinel-2 optical imagery from the European Space Agency) to rapidly assess flood conditions in both the Fraser Valley, areas around the communities of Merritt, Princeton and the southern portion of Vancouver Island. Cloud penetrating RADAR imagery from before the flooding was compared to images taken on November 16th when the flood was near its peak. The results show very clearly where the land is inundated with floodwaters. Caslys then incorporated the Land Cover Atlas for Urban and Rural BC dataset that we developed for the Ministry of Forests, Lands, Natural Resource Operations and Rural Development to assess the flooding with respect to land use types such as agricultural fields, roads and parklands. The dataset covers much of the Fraser Valley Regional District (FVRD) plus Langley and Maple Ridge within Metro Vancouver Region. The most extensive flooding was found with over 1205 hectares of agricultural lands flooded in Abbotsford, 257 hectares in Chilliwack and 296 hectares in other municipalities. Major flooding also occurred across more than 10 kilometres of road surface. 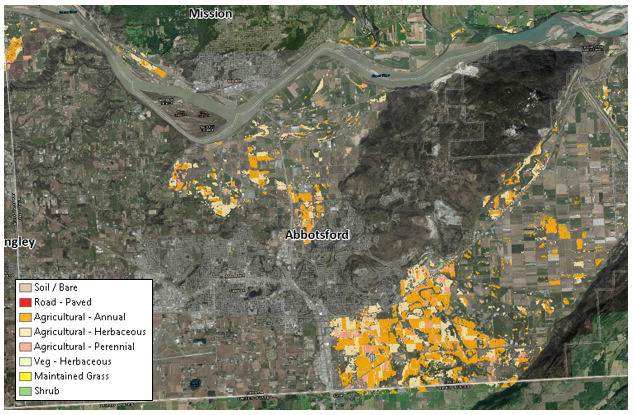 Flood map of Abbotsford classified by land use.

Caslys has provided the results and methods of our analysis to geomatics professionals at Emergency Management BC which is playing a key role in providing data and resources to assist in the flood response. We hope that our work augments the detailed monitoring efforts that they are implementing to assist in key impacted areas of the province. Our use of publicly available data and cloud computing resources allows us to visualize the impacts in BC – and well south into Washington State where flooding is also severe – and includes some of the headwaters that flooded into areas such as the Sumas Prairie of Abbotsford where significant flooding was recorded. 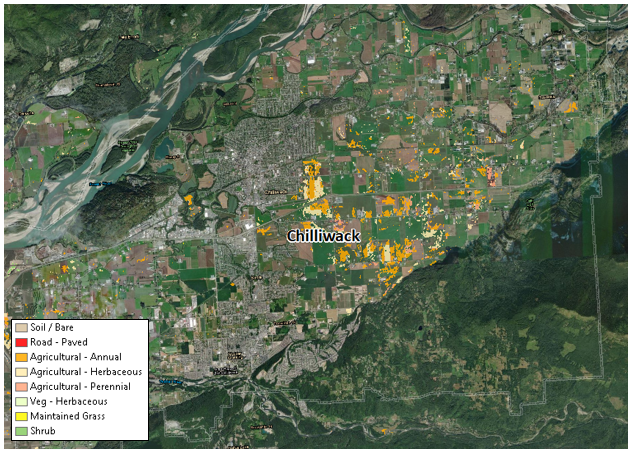 Flood map of Chilliwack classified by land use.

Please do get in touch with Caslys if our data is of use for your efforts to respond to or better understand the flood impacts. Caslys is continuing to download and analyze images to monitor the receding waters and better understand the depth and duration of flooding in the region. This is a preliminary analysis as we verify our results.